BEST LUMPIA IN LAS VEGAS! To order: $30 per 100 pieces. Damn good pancit also on the menu. We provide Lumpia to those who are addicted to Lumpia.

It's only week 2 of the 2021 Football season and I am getting big time busy for the entire season. Order now before I run out of delivery slots.

Thank you to you all for planning ahead. Thank for your orders and support.

Thank you for loving my Lumpia Love.

You all keep loving it and I keep making that Lumpia Love for you. Thank you all for letting me.

I seem to be spending more and more time on the Las Vegas strip delivering Lumpia Love. That means the word is spreading.

Whoever is doing that,. Thank you. Enjoy. Thank you very much. I am extremely grateful.

Just remember. My Lumpia Love is better, sexier, and cheaper than anyone else's in Vegas. I am your go to guy for Lumpia Love. There aren't small and burnt like the rest

Thank you to all the Moms out there keeping me busy.

To love is to Lumpia. To Lumpia is to love. Feed the masses and make them laugh. That is life.

$30 for 100 of the best sticks Lumpia in Las Vegas at the best price. With sauce. Cant beat it.

My day is turning out outstanding. One of my greatest Lumpia Love customers used me to send some surprise Lumpia Love to her friend.

Her friend smiled bigger than the sun.

Major bonus to my already great life to help make someone else's day.

Who's up for coffee, laughs, and Lumpia Love?

For all my faithful customers. Thank you.

I have to admit. I'm getting tired. So so so so many orders to fill tomorrow. Cliche city.

A blessing and a curse.

Too much of good thing.

Enjoy the love and the game.

Another day, another hat. I had to put on the Accountant hat and get the year end books down.

Thanks to all of you Lumpia lovers, 2020 was a great year with over $5,000 put out there to organizations and people that need it more than most of us.

Thank you for your support and helping me help others. And keep enjoying that Lumpia Love.

Let the light that comes show what is important and how blessed and lucky you are.

Please select the high quality option otherwise it may be a little difficult to read. My video's are made for DVD so often they lose a little quality on here...

You are all invited to my Lumpia Love wrapping party! With that said, I am booked for the weekend but I can fill some love orders next week for the holidays grand finale!

Thank you all for your great support and love. Its my pleasure to bring the love.

Football season is back! Lumpia deliveries are up! Everybody's happy. Football, beers, and Lumpia!

I have delivered so much Lumpia lately, (Thank you and your'e welcome) that my car smells like I have Lumpia scented air freshener. Not a bad idea. Hmmmmm and yummmmm.

Who just made the best Banana Bread ever made? I did. I did.

Who just made the best BBQ Marinated Filipino Pork ever?
I did. I did.

Who always makes the best Lumpia ever? ME ME ME!

You all missing out!

The only downfall is I think I broke my arm patting my myself on the back.

An important message from me, the owner, CEO, and Chef of Jenn Jenn's Lumpia Hutt...

I figured since everyone else is doing it, I might as well put out my message to my loyal customers and my two cents about the virus and its impact on us. Wow. We feel important. Woohoo.

We will continue business as usual. There are no cases of the disease here. There are only two of us in the company. Easy day. Being cooks it's common sense to stay extra clean for safe serving of and preparing food. Always have. Always will. Again, common sense and courtesy and being inspected to stay in business keeps away nasty things that make you sick. We dont deal with masses amount of people so easy peasy.

If anything changes I will let you know so as to not spread anything. I will shut down if need be. If you are receiving an order let me know if there any concerns as well for the same reason.

Be cool to each other. Dont overreact. Keep up a sense of humor.

"If you dont have a sense of humor, you are better off dead." Roger Rabbit.

All booked for Superbowl! All delivery appointments filled!

We are always available to cater any other celebration or sporting event!

Thank you all for orders. Thank you for allowing us to contribute to your life celebrations. It's fun and our pleasure!

I still have a few, not many but a few slots open before the big game! All orders must be delivered before kick off!

Text me your orders now before they fill up.

Santa ate all the Lumpia set out for him. He tried to step away and save some to share but he just couldn't do it. He left and came back for more.

WE ARE BOOKED FOR THE HOLIDAYS!

We are sold out for deliveries for the holidays!

Thank you. Thank you for your orders!

We look forward to bringing you more Lumpia Love in 2020!

Have a great rest of your holiday season!

It's a full delivery schedule on Thanksgiving as expected. I cannot take any more orders for the day of Thanksgiving.

HOWEVER, I still have some availability the day before.
The trick is to have me deliver the orders still frozen.
Thaw when ready.
Deep fry until golden brown just like French Fries.
Easy day.

Remember, fish are friends not food. Lumpia is not only food but love.

That was a fun busy Halloween! Best season so far! Hopefully, you all kept some of that Lumpia love for yourselves.

Be sure to add some for football Sundays, Mondays, and Thursdays.

So heres the deal and my side of this whole situation, I'm sure that all you all you all that have said nasty stuff knee jerk about me and my hobby business have formed your opinions already so this probably won't put a dent in that but whatever. This hobby business isn't affected by any of this so whatever. I make enough money from this to continue to have fun with it, not trying to make Forbes. My continued customers that know me are still here and continue to have fun so whatever.

To the rest, continue to comment the negative without even trying the food and having been served. It's all good. Since never tried those comments don't carry any weight. Now, if you had tried the food or service and didn't like it and was to say bad things about then yes, that would make sense. This however does not. If you were to come on to me one and one about the bad joke THEN that's something else whatsoever and would actually make sense.

Now what started this mess WAS a mistake on my part. I get that. I went for a joke that came out really bad. It was knee jerk joke that went to my comedy rolodex from a meme about Ho***rs that was related to the comment I responded to. That was all was intended. I didn't mean to straight out call anyone ugly. I explained that to the husband and apologized. However, in response to her response when she said I was miserable, the old Frued response which again made no sense. I am not miserable as I said to her. I am really happy guy, laughter is everything, and am at a point in life where the little negative things don't matter but the great little things are the best hence what I said about you all can say what you want and keep commenting, I am not even going to read anymore. They do nothing especially when there is profanity or name calling. My brain, ears, eyes, and interest turn off when there is profanity or name calling during a debate or confrontation. The point completed goes null when that happens. Years of English and debates classes have taught me that. In short, bad joke made, sorry, no harm intended and none of that has anything to do with Lumpia.

HOWEVER AGAIN, still not defending bad choice BUT if I would have made that joke on a stage this wouldn't even be a thing. Social media has just made people ugly. Now here is where all you all are going "damn right especially you". Cool. Whatever. That's the social media world as is now. That's what this whole mess has taught me. People are really anxious just to get on and say whatever to anyone even when the subjects are not connected. I am going to call you a racist and a bully but I am mad at you about the football team you like. I am mad at you but I am going to say nasty things about your family. That's the head scratcher. What did the Lumpia do?

Anyways, that's the closure to this. Do what you gotta do. I'm happy and so is the Lumpia. Spend your time commenting the negative, bring on the psychology, share the one sided opinions about what happen. I am going to have a shot and beer and watch the game. 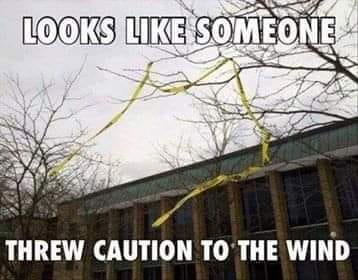 Right now I would like to walk up to Randy Marsh from the "Naggers" episode and give him a beer, a hug and some Lumpia.

I have so many negative reviews over a bad joke made but none of these reviewers have ever tried my food which is their loss so whatever.

It's just like listening to gossip or voting in an election based on social media, CNN or Fox News.

Those who have tried it like it and keep coming so I'm good.

Football, beer, and Lumpia for all.

It just struck me as I am rolling a 1,000 piece order. It's football season and this is my first big order of the season!

Your football parties are missing out. Let me help you fix that.

Better, bigger, and more valuable than the competition.

Make your festive party even more festive. Place your orders now. Lumpia is always the big hit at any party.

We have been getting a lot of questions about our payment methods lately.

My answer is we are a CASH ONLY business.

No need for the man to get more than they need. No need for you as my customers to pay more for service fees and interest.

Let me take care of you better by not having to charge more. Pay for the food not the process. 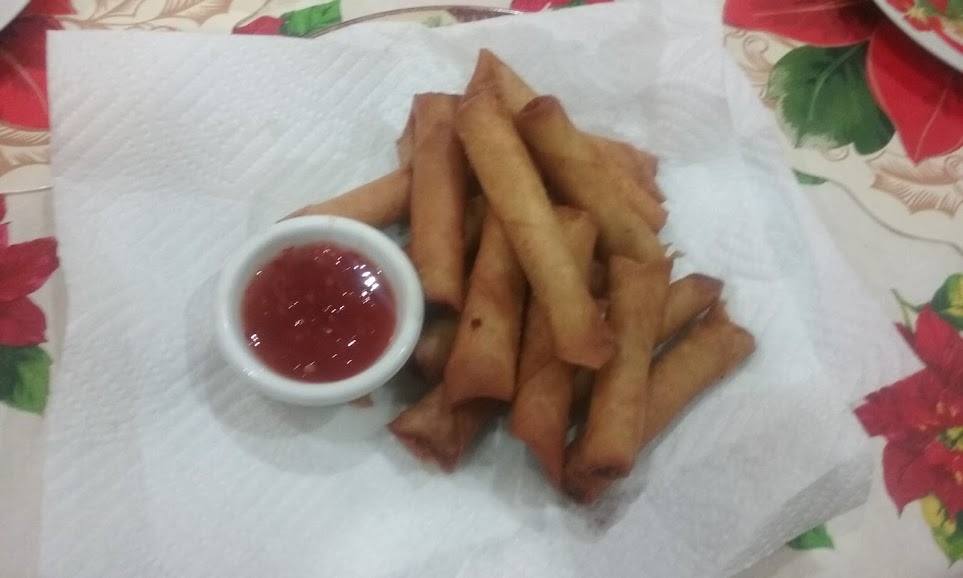 Let us add to your Easter Feast. Lumpia... that holiday friend.

Be the first to know and let us send you an email when Jenn Jenns Lumpia Hutt posts news and promotions. Your email address will not be used for any other purpose, and you can unsubscribe at any time.

Other Caterers in Las Vegas