The hottest chill-out landmark and events producer in the tourism city of Baguio!

Must be very honest and reliable with good work ethics and a healthy working attitude. Must be able to keep focus even when under pressure. Now open until 2AM!!

We deliver!
Or order in advance for dine-in!

To prepare and to cook ala carte dishes for Concoctions' patrons and guests.

Weekends at Concoctions!
We are open 10AM TO 10PM!

We would like to apologize as we have had to make necessary repairs in the kitchen earlier today.

Concoctions | Tatang's Inasal is now open to serve you!

Have a Minatamis Na Saging with sweet milk and sago in just the right sweetness for only P85 a pop!

Weekends at Concoctions!
With Mariel

Higante'ng Paa!
Dine in or delivery?

Be the first to know and let us send you an email when Concoctions Bar & Resto posts news and promotions. Your email address will not be used for any other purpose, and you can unsubscribe at any time. 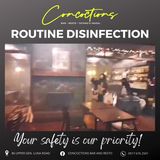 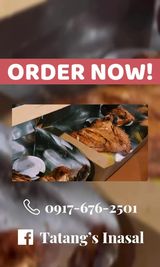 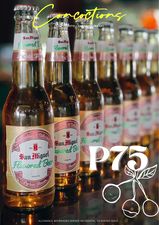 WANTED: INFO ON MOTORCYCLE WITH PLATES 6721 A? (w/ faded 2nd control letter on an old green plate)---PRESUMABLY AN OLD YAMAHA) REWARD: P5,000 on info that will lead to the arrest of the perpetrator. Wednesday, the 24th of January, 2018 at around 1:30AM, an unknown motorcyclist halted in front of Concoctions and hurled rocks three times at the establishment---aimed at our windows, apparently. According to witnesses: the unknown rider shouted "MGA GAGO KAYO, WALA KAYO'NG ALAM! The rider sped off after his third throw but again halted at about a hundred meters from the crime scene to use his cellphone. The assailant finally decided to leave the area when a witness got to about ten feet of him who was close enough to get his plates albeit missing one of the two of the bike's control letters as the second letter has already faded. Allegedly, the rider was wearing a red helmet and a red jacket and the bike a suspected old model Yamaha with a muffler modification. We would like to ask the public for information that may lead us to the perpetrator of this crime. You may reach Concoctions at 0917 676 2501. A reward of P5,000 will be given to anyone that can supply information that will lead to the arrest of the assailant.

Other Filipino Restaurants in Baguio City

MUSIC SHARES @ CONCOCTION
A Benefit Concert For A Cause
JULY 23, 2017
7PM ONWARDS
"SHARE AND ENJOY THE MUSIC"
x

Other Filipino Restaurants in Baguio City (show all)