Zeera is a spice - cumin, an essential ingredient in traditional cuisine from the India subcontinent. Zeera take-away specialises in tandoori dishes.

....Zeera is a spice - cumin, an essential ingredient in traditional cuisine from the Indian subcontinent.
...our dishes include a dazzling array of fresh vegetables and fruit cooked in a multitude of ways that help retain their freshness and nutrients.
...traditional Indian cooking almost always uses fresh ingredients and involves making dishes from scratch. This means less p

....Zeera is a spice - cumin, an essential ingredient in traditional cuisine from the Indian subcontinent.
...our dishes include a dazzling array of fresh vegetables and fruit cooked in a multitude of ways that help retain their freshness and nutrients.
...traditional Indian cooking almost always uses fresh ingredients and involves making dishes from scratch. This means less p

Here to serve or deliver you superb Indian cooking.
Here with all safety precautions in place for your protection.
Look forward to seeing you again soon 🙂 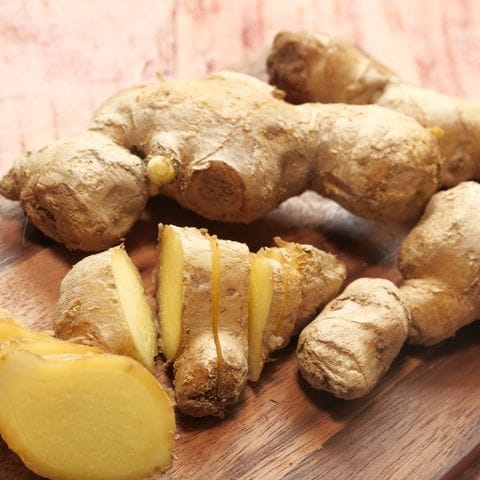 Spice up your life!
Visit us now, we're open and available for takeaway and/or delivery.

We're pleased to tell you that we are now opening to our normal hours.
We will be limiting the number of customers allowed in to two at any one time. We will, of course, be following all the guidelines set for these times.
Hope to see you soon.

During these unprecedented times, and for everyone's health and safety, we have taken the decision to close Zeera until further notice.
We wish all our customers well and hope to see you again when all is well.
Thank you, as always for your custom.

Wishing all our lovely customers a very happy first day of October. This year seems to be going so quickly!
If you came in yesterday evening, sorry you had to wait slightly longer than usual, we were sooooooooooooo busy 🙂

Wow, how did it get to be February?
Hope everyone is having a marvellous 2016.
Don't forget, if you live within an eight mile radius of us, then you get a free delivery on all orders over £12!

Merry Christmas to everyone from Zeera! 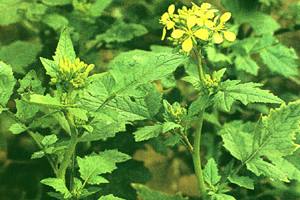 MUSTARD SEED
Mustard seeds are the small round seeds of various mustard plants. The seeds are usually about 1 or 2 mm in diameter. Mustard seeds may be coloured from yellowish white to black. They are important herbs in many regional foods. The seeds can come from three different plants: black mustard (Brassica nigra), brown Indian mustard (B. juncea), and white mustard (B. hirta/Sinapis alba).

FENUGREEK
Fenugreek (Trigonella foenum-graecum) is an annual plant in the family Fabaceae, with leaves consisting of three small obovate to oblong leaflets. It is cultivated worldwide as a semiarid crop, and its seeds are a common ingredient in dishes from the Indian Subcontinent in South Asia. 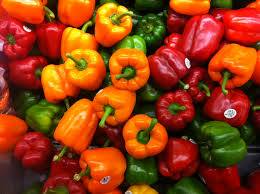 PEPPER
The genus Piper of the pepper family (Piperaceae), including for example:

ANISE / ANISEED
Anise /ˈænɪs/ Pimpinella anisum, also called aniseed, is a flowering plant in the family Apiaceae native to the eastern Mediterranean region and Southwest Asia. Its flavour has similarities with some other spices, such as star anise, fennel, and liquorice.
Anise is sweet and very aromatic, distinguished by its characteristic flavour. The seeds, whole or ground, are used in a wide variety of regional and ethnic confectioneries, including black jelly beans, British aniseed balls, Australian humbugs, New Zealand aniseed wheels, Italian pizzelle, German Pfeffernüsse and Springerle, Austrian Anisbögen, Netherland muisjes, New Mexican bizcochitos, and Peruvian picarones. It is a key ingredient in Mexican atole de anís or champurrado, which is similar to hot chocolate, and it is taken as a digestive after meals in India.

VANILLA
Vanilla is a flavour derived from orchids of the genus Vanilla, primarily from the Mexican species, flat-leaved vanilla (V. planifolia). The word vanilla, derived from the diminutive of the Spanish word vaina (vaina itself meaning sheath or pod), translates simply as “little pod”. Pre-Columbian Mesoamerican people cultivated the vine of the vanilla orchid, called tlilxochitl by the Aztecs, and Spanish conquistador Hernán Cortés is credited with introducing both vanilla and chocolate to Europe in the 1520s.

Initial attempts to cultivate vanilla outside Mexico and Central America proved futile because of the symbiotic relationship between the vanilla orchid and its natural pollinator, the local species of Melipona bee. Pollination is required to set the fruit from which the flavoring is derived. In 1837, Belgian botanist Charles François Antoine Morren discovered this fact and pioneered a method of artificially pollinating the plant. The method proved financially unworkable and was not deployed commercially. In 1841, Edmond Albius, a slave who lived on the French island of Réunion in the Indian Ocean, discovered at the age of 12 that the plant could be hand-pollinated. Hand-pollination allowed global cultivation of the plant.

Three major species of vanilla currently are grown globally, all of which derive from a species originally found in Mesoamerica, including parts of modern-day Mexico. The various subspecies are Vanilla planifolia (syn. V. fragrans), grown on Madagascar, Réunion, and other tropical areas along the Indian Ocean; V. tahitensis, grown in the South Pacific; and V. pompona, found in the West Indies, and Central and South America. The majority of the world's vanilla is the V. planifolia species, more commonly known as Bourbon vanilla (after the former name of Réunion, Île Bourbon) or Madagascar vanilla, which is produced in Madagascar and neighbouring islands in the southwestern Indian Ocean, and in Indonesia. Leptotes bicolor is used in the same way in South America.

Vanilla is the second most expensive spice after saffron, because growing the vanilla seed pods is labor-intensive. Despite the expense, vanilla is highly valued for its flavor, which author Frederic Rosengarten, Jr. described in The Book of Spices as "pure, spicy, and delicate"; he called its complex floral aroma a "peculiar bouquet". As a result, vanilla is widely used in both commercial and domestic baking, perfume manufacture and aromatherapy.

GINGER
Ginger or ginger root is the rhizome of the plant Zingiber officinale, consumed as a delicacy, medicine, or spice. It derives its name to its genus and family (Zingiberaceae). Other notable members of this plant family are turmeric, cardamom and galangal. The distantly related dicots in the Asarum genus have the common name wild ginger because of their similar taste.

Ginger is indigenous to southern China, spreading eventually to the Spice Islands, other parts of Asia and subsequently to West Africa and the Caribbean. Ginger was exported to Europe via India in the first century AD as a result of the lucrative spice trade. India remains the largest producer of ginger. 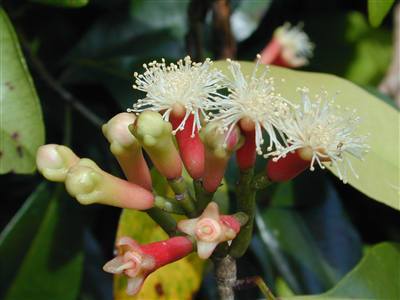 CLOVE
Cloves are the aromatic flower buds of a tree in the family Myrtaceae, Syzygium aromaticum. They are native to the Maluku Islands in Indonesia, and are commonly used as a spice. Cloves are commercially harvested primarily in Indonesia, India, Madagascar, Zanzibar, Pakistan, Sri Lanka and Tanzania.
The clove tree is an evergreen that grows up to 8–12 m tall, with large leaves and sanguine flowers grouped in terminal clusters. The flower buds initially have a pale hue, gradually turn green, then transition to a bright red when ready for harvest. Cloves are harvested at 1.5–2.0 cm long, and consist of a long calyx that terminates in four spreading sepals, and four unopened petals that form a small central ball.

SAFFRON
Saffron is a spice derived from the flower of Crocus sativus, commonly known as the saffron crocus. Crocus is a genus in the family Iridaceae. Saffron crocus grows to 20–30 cm (8–12 in) and bears up to four flowers, each with three vivid crimson stigmas, which are the distal end of a carpel. Together with the styles, or stalks that connect the stigmas to their host plant, the dried stigmas are used mainly in various cuisines as a seasoning and colouring agent. Saffron, long among the world's most costly spices by weight, is native to Greece or Southwest Asia and was first cultivated in Greece.
Saffron's taste and iodoform- or hay-like fragrance result from the chemicals picrocrocin and safranal. It also contains a carotenoid dye, crocin, which imparts a rich golden-yellow hue to dishes and textiles. Its recorded history is attested in a 7th-century BC Assyrian botanical treatise compiled under Ashurbanipal, and it has been traded and used for over four millennia. Iran now accounts for approximately 90% of the world production of saffron.

CARDAMOM
Cardamom refers to several plants of the similar genera Elettaria and Amomum in the ginger family Zingiberaceae. Both genera are native to India, Pakistan, Nepal, and Bhutan; they are recognised by their small seed pods, triangular in cross-section and spindle-shaped, with a thin, papery outer shell and small black seeds. Guatemala, where the German coffee planter Oscar Majus Kloeffer introduced Indian cardamom before World War I,[1] has become the biggest producer and exporter of cardamom in the world, followed by India. Some other countries, such as Sri Lanka, have also begun to cultivate it. Elettaria pods are light green, while Amomum pods are larger and dark brown.
It is the world's third-most expensive spice, outstripped in price per weight only by saffron and vanilla.

TURMERIC
Turmeric (Curcuma longa) is a rhizomatous herbaceous perennial plant of the ginger family, Zingiberaceae. It is native in southeast India, and needs temperatures between 20 °C and 30 °C and a considerable amount of annual rainfall to thrive. Plants are gathered annually for their rhizomes, and propagated from some of those rhizomes in the following season.

CARAWAY
Caraway (Carum carvi), also known as meridian fennel, or Persian cumin, is a biennial plant in the family Apiaceae, native to western Asia, Europe and Northern Africa.
The plant is similar in appearance to other members of the carrot family, with finely divided, feathery leaves with thread-like divisions, growing on 20–30 cm stems. The main flower stem is 40–60 cm tall, with small white or pink flowers in umbels. Caraway fruits (erroneously called seeds) are crescent-shaped achenes, around 2 mm long, with five pale ridges.

What awful weather. Come and order a lovely meal ready to eat - and with 20% off!

Free delivery on all orders over £12! 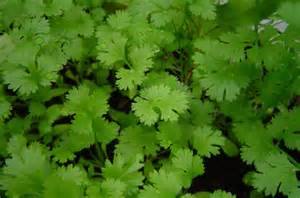 CORIANDER
Coriander is also known as cilantro, Chinese parsley or dhania, is an annual herb in the family Apiaceae. Coriander is native to regions spanning from southern Europe and North Africa to southwestern Asia. It is a soft plant growing to 50 cm (20 in) tall. The leaves are variable in shape, broadly lobed at the base of the plant, and slender and feathery higher on the flowering stems. The flowers are borne in small umbels, white or very pale pink, asymmetrical, with the petals pointing away from the centre of the umbel longer (5–6 mm or 0.20–0.24 in) than those pointing toward it (only 1–3 mm or 0.039–0.118 in long). The fruit is a globular, dry schizocarp 3–5 mm (0.12–0.20 in) in diameter. Although sometimes eaten alone, the seeds are often used as a spice or an added ingredient in other foods. 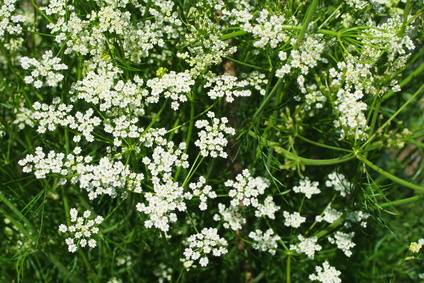 CUMIN
Zeera means cumin (Cuminum cyminum). Cumin is also known as Zeera/Jeera and is a flowering plant in the family Apiaceae, native from the east Mediterranean to India. Its seeds (each one contained within a fruit, which is dried) are used in the cuisines of many different cultures, in both whole and ground form. In addition, it is also used as a medicinal plant, serving as a digestant, as well as being used to treat anemia and the common cold.

Stagecoach buses M50 and 51, both stop opposite the take-away, whether you are going into, or coming from, Bedford

Be the first to know and let us send you an email when Zeera Clapham take-away posts news and promotions. Your email address will not be used for any other purpose, and you can unsubscribe at any time.

Other Indian Restaurants in Bedford

Thanks Zeera for the delicious food tonight 👍 it’s 5 ⭐️ from us. Viv (Lee’s mum)