We sell Farm fresh egg,Red Eggs,spices,condiments and grocery items at a affordable Prices!

Every condiments ,eggs,spices must go regardless of the profit at a affordable Price.

soaring prices !📈 because of tight restrictions
that hampers the delivery of goods and services.

March 11, 2021
The normal prices of Eggs jump from a very wide margin including spices vegetables and the goverment must do something about it lower the prices of basic commodities.

pasensya lang ang kailangan due to the sudden price increase of egg this month of August 2018. 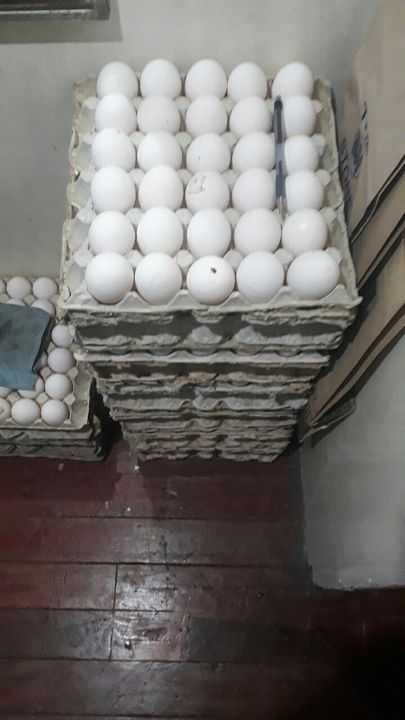 partial stock for the month of August.

new stocks for the month of August!

Orange yolk Egg is available at Dela Cruz Retail and Wholesale of fresh farm egg at No.26 Kayang Street,Baguio City.

Done in Registering our Business Trade Name including BIR Registration and all the Paperworks.

The song is soothing!

Here's the lyric video of GOD OF SILENCE performed by the Bukas Palad Music Ministry. The song is composed by Fr. Manoling Francisco, SJ and arranged by Mr. Palan Reyes.

Special thanks to Rev. Jereme Asunto SJ, for this lyric video.

The retail and wholesale of eggs is not saleable in the past month's due to the increase of the price of egg which is blame mainly to the wide spread infestation of the poultry industry resulting to the culling of chicken and on September slowly ,The retail and whole sale of egg is slowly catching up .

We are at No. 26 kayang Street ,Baguio City!

Visit us and Buy fresh egg at a reasonable price!

the death of a martyr!

I was anxious to know the hero. I wanted to see his face, the face that had challenged the tyrants; his head that had borne such a grand idea –the creation of a nation; in short I wanted to see the figure of that illustrious patriot who was willing to shed his blood for his country.

I saw him two times, I imagine that he would be serene, tranquil as he marched to the scene of his glory and immortality and I can say I was not deceived. His face was pale and serene and bright like the sky above; he laughed at times as he joked with two Jesuit priests and the officer near him.

His lips shaded by thin mustache smiled at the world, as if he wanted to bid goodbye to all. His eyes were small, but mobile and vivacious and seemed to play within their sockets. He walked with noble bearing, his body was upright, erect yet without affectation. To me that represented his whole character –inflexible, daring– I could understand why he did not bend either to tyranny or to death…

He hurried as he neared the place of the great sacrifice. One may say he ran after the glory that began to clear at the border of his sepulcher and which might be lost by his tardiness.

From that time on, he disappeared in my sight.The people crowded around the scene and in spite of my efforts, I failed to see the moment of his death. A shot rang out and something like an immense sigh arose from the multitude, indicating that all was over…

Shouts of “Long Live Spain! Death to the Traitors!” could be heard three or four times. People began to disperse and to leave the place, contented and happy at satisfying their curiosity. I even saw some Filipinos laughing".

Loyalty check must be imposed on all present and past local goverment of Marawi inorder to find out those people that are supporting this terrorist.

Abu Sayyaf leader Isnilon Hapilon, the reported emir of ISIS in the Philippines, and foreign terrorists could be holed up in a village in Marawi City where 13 Marines were killed, a military spokesman said Sunday.

The brutality of war will be bloody just all wars and those people there should stop from aiding and helping the Maute likewise all local goverment in that province must be subjected to the powers of Martial laws as they are helping those terrorist because of drug money.

On this day in 1963, Buddhist monk Quang Duc publicly burnt himself to death. The act was a plea for President Ngo Dinh Diem to show "charity and compassion" to all religions. He was protesting the persecution of Buddhists by the South Vietnamese government, and his actions were seen as the catalyst for the regime's downfall later that year. After his death, his body was re-cremated, but it was said that his heart remained intact which was interpreted as a symbol of compassion. It also led Buddhists to revere him as a bodhisattva. #TDIH

Mother Nature on the Rampage!

To Dance with my Father Again!

This Valentine's Day ballet class for dads has gone viral for all the right reasons. 💞

If there were an Olympics for robots, this one appears ready to enter. http://cnn.it/2mkiUEC

Small scale retail and wholesale of egg at a affordable price.

Be the first to know and let us send you an email when Frederick Dela Cruz Enterprise posts news and promotions. Your email address will not be used for any other purpose, and you can unsubscribe at any time.

consumerism is an extension of lust.