We often get asked how our Sac/Peka is made... They say picture is worth a thousand words so we thought we'd repost. Each one of our Sac/Peka are handmade by 5th generation wrought iron makers. With so much craft, effort and love put in - No wonder the food tastes so bloody good.

This masterpiece by yours truly... First time tried 4 different types of meat together- Lamb Shanks, Pork Neck, Pork Belly and Beef Cheeks. Experiment turned out better than expected 🤙 Share with us your masterpieces

Lamb on the left, beef on the right! Let the good times roll...

This is living! As Ned Kelly said "Sac is life". 👌

This is living! As Ned Kelly said "Sac is life". 👌

We have been very slack with our posts, however have sold a record number of these treasures in last 12 months. We will try to rectify. Also pls send us you pics so we can share ideas, tips and recepies 🤙

Octopus under sac/peka by one of our master chefs Edo Arslanagic. Hope it tasted as well as it looks... Can anyone better it?

They are here!!! Our brand new batch of hand-made wrought iron sac/peka has arrived. Don’t miss out on your chance to enjoy a perfectly prepared meal every time.

First post was always going to be the hardest... Our newest batch of hand made sac-peka has just arrived, so the show must go on. In the words of Australian Icon, Ned Kelly - "SAC IS LIFE".

If you are interested in placing an order please pm me for details.

Can we please encourage you all to share your picks & sac-peka stories / recepies / good times on this page.

To all the newbies - welcome to our humble Traditional Cooking family.

This weekend
Australian Camp oven festival in Millmerran Queensland.
It will be fantastic for those who attend it. My friends and me intended to go but my health did not allow me traveling.
Next time, I hope

JUST ARRIVED
New shipment of pekas (better than ever) just arrived in Brisbane's warehouse. Please visit www.traditionalcooking.com.au for more details how to get one.😋😊😀

OPEN INVITATION
Festive season is ideal time to get friends and family together. You can surprise everyone by preparing something special under sa/peka. If you are running out of ideas, you can check some recopies at our web page www.traditionalcooking.com.au

Forget about "real" meet. Surprise your friends and guests with OCTOPUS. Just 30 minutes preparation and one hour under sac/peka and result is OUT OF THIS PLANET. You"ll be named Magician like me. Coking maestro, and few other nice names. Enjoy this weekent and let us know the result!!!

LAMB UNDER SAC/PEKA
New way of preparing this delicious meal: cut the meat to small portions so you do not need to worry what your guest gonna choose. They will help themselves once you present whole cooking tray onto the table. Enjoy as I did a few weeks ago.

One way of preparing octopus. Sorry guys, no translation is good enough.

THREE Sac/Pekas was required to meet huge demand. Don't try this at home (first at all; there are small chances for you to have three sac/pekas and it is not easy - need big fire and lot of charcoal and unfortunately less of alchocholic refreshment drinks). No room for chicken but lamb and veal was amazing (as allways). As you can see, third one #43 find fantastic place inside standard Weber!!!

THIS WEEKEND I am preparing delicious food in 3 (three) Sac/Pekas at the same time. Big occasion - big food demand. Going to cook goat, veal and chicken plus, of course, bread.
You can expect some pics a few days later

Poguzija World got a pleasant visit from Europe. Sorry gays you won't understand a single word but it is funny (for those who can understand)

For the incoming festive season: HOW ABAOUT SOMETHING LIGHT AND DELICIOUS?
My recommendation: Octopus under sac/peka or Chicken.
Both recopies are on www.traditionalcooking.com.au.
Enjoy and send us some pictures and, of corse, the score you"ve got for your cooking skils 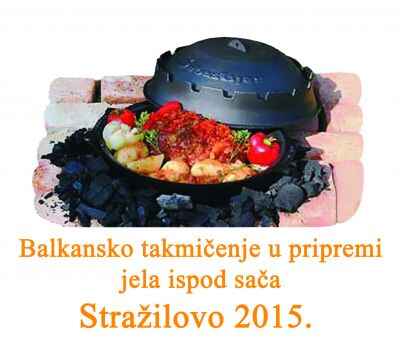 CAMP OVEN Astro 56 AVAILABLE NOW.
Limited quantity. More and the other size will be available in August 2015, will let you know. For more details and delicious recopies. please check www.traditionalcooking.com.au

More from Down Under. Two breads under Sac/Peka. One hour between Before and After photos. Taste? You can only imagine...

Be the first to know and let us send you an email when Traditional-cooking posts news and promotions. Your email address will not be used for any other purpose, and you can unsubscribe at any time.

Send a message to Traditional-cooking: 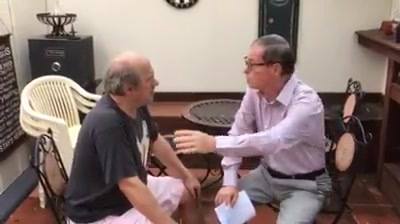 https://youtu.be/tufJOS74lNA
https://youtu.be/UDtXD6NeDHs
Couscous, Alcouscousy, or Cicsou is a very old North African meal. Couscous is made from wheat or corn flour in the form of small grains, and it is eaten with spoons or by hand. It is cooked with steam and added to meat, vegetables, green pulverized beans, milk, butter and sugar, according to tastes and occasions. And in all the Maghreb countries, Couscous is prepared with its various recipes and served with broth, or with milk without broth or vegetables, or vegetables and meat. It is one of the main meals known since ancient times and that is not absent for long from the table, as there are those who cook it daily. It is a popular dish in most regions of North Africa (Morocco - Algeria - Mauritania - Tunisia - Libya) and in abundance in Morocco, Sicily in Italy, and even in France, where it is the second favorite of the French. On December 16, 2020, during the fifteenth session of the Intergovernmental Committee for the Safeguarding of the Intangible Cultural Heritage of the United Nations Organization for Culture and Science (UNESCO), Couscous and knowledge of its production and consumption were included in the list of the intangible human heritage of the countries of the Maghreb (Tunisia, Algeria, Morocco, Mauritania), a year after the application was submitted in 2019. So what do you think? can you take this challenge?
For traditonal cast iron cookware contact 9444388576
Pizza under the sac /peka
Tried for the first time a pizza under the sak/peka. Success
Xmas lunch
Beef cheeks 1.5hrs into the cook. Thanks for an awesome product and all the tips on how to!! It really is that easy. Cheers 🍺👍
Beef cheeks 1.5hrs into 4hrs cook, looking good! Veggies to go in soon. Thanks for an awesome product and tips on how to! Its really that simple!! Could not be happier...Cheers everyone 👍🍺
Purchased traditional cooking’s peka and love it, thank you
Building new bbq Waiting for the peka to arrive.
Cooked with this for the first time with lamb. Perfect combination between roast and bbq.